Vin Rowe Pty Ltd was established in Warragul, 100 kilometres east of Melbourne in 1961. At this time Warragul was the centre of the most intensive dairying area of Australia. The business was established as a New Holland Hay Machinery/David Brown tractor farm machinery dealer.

In the late 60s and early 70s the business grew to become one of the largest machinery dealerships in the country. In the mid 70s with the discontinuance of milk contracts and a general down turn in dairy farming it became obvious that we needed to diversify. As Melbourne’s population increased many vegetable growers moved from the outskirts of the city to the Warragul area.

Whilst still heavily involved with the dairy farming industry we sought out involvements with suppliers of equipment compatible with the vegetable growers. We became Australian importer for the Norwegian company Underhaug (manufacturer of potato machinery) and distributor for ASA Lift, the Danish carrot machine manufacturer.

Our importing/distribution business continued to grow and we found ourselves servicing customers throughout Australia and it became increasingly difficult to adequately service the market ourselves which necessitated a setting up of a specialist dealer network within Australia.

In the mid-80’s we were approached by the French company Kuhn SA who had unsuccessfully over the years been involved with several importers. They put a proposition to us that we form a joint venture to warehouse and distribute their range of machinery and distribute parts to Australia in our own right. The positive part of this arrangement was our business grew considerably with the development of a dealer network and a marked increase in sales volume.

Our emphasis is strongly on Parts and Service provision, for we see this as an integral part of any success we hope to achieve. Most importantly, we are so centrally located that there are only a few remote parts of Australia we can’t guarantee 24 hour service to. 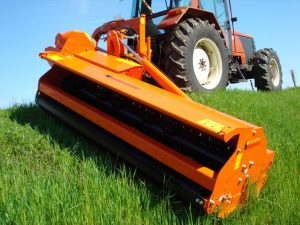 Servicing Australian Farmers for over 50 Years

Talk to us today